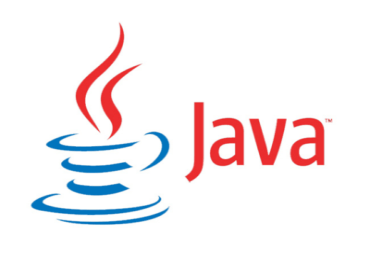 Search the internet for “Java Developer Tools” and millions of articles come back. You’ll see ones that recommend the 8 best tools, and even the 20 best tools. The problem is that sometimes too much of a good thing can be a bad thing.

As a java developer, what you need are the consensus, best-of-breed tools in each tool category. You want someone to tell you the best tool for each purpose, grab it and start working. What you don’t need is to sit and evaluate an endless selection of tools to find out which one is 2% better than the other.

We want to help you save time by pinpointing the best tool for each development requirement. There are five essential categories of tools you will need as a java developer:

An IDE is a comprehensive suite of software tools that every developer needs. An IDE should include, at a minimum, a source code editor, build automation tools and a debugger.

The consensus best-of-breed IDE is the open source Eclipse. Surveys indicate that it is the preferred IDE for almost half of Java developers. It is so widely adopted, that there is a large selection of third-party plugins that extend its core functionality. You can’t go wrong choosing Eclipse for your IDE.

Build tools automate the building, publishing and deploying of software applications. The honor for best build tool goes to the open source Gradle.

A Java profiler is a tool used to analyze a java program and estimate its CPU and memory requirements. It is used primarily to optimize code.

The YourKit Java Profiler has been already recognized by the IT professionals and analysts as the best profiling tool and has even received the Java Developer’s Journal Editor’s Choice Award.

YourKit can profile during both application development and production. It also integrates seamlessly into IDEs making it a great choice for your Java toolbox.

Whether testing a smaller project or a unit of a larger project, you’re going to need the ability to conduct white-box testing. White-box testing is a method of testing software that tests internal structures or workings of an application, as opposed to its functionality. A unit test framework is a core tool of test-driven development and enables repeatable white-box testing.

The open source JUnit is a simple, open source framework for writing and running white-box tests. It can test classes and methods, as well as functionality. In the past, it has also won Java Editor’s Choice Award for best performance testing tool.

When it comes to your Java code, you’re going to want an all-in-one troubleshooter. A tool that can allow you to generate and analyze heap data, track down memory leaks and monitor the garbage collector. You’ll also want it designed for both development and production time.

VisualVM perfectly fits all the requirements of application developers, system administrators, quality engineers and end users. In a survey conducted by Rebel Labs, they found that VisualVM is used by 46.5% of developers.

There are a lot of tools available to you as a Java developer, and sometimes the choices can be overwhelming. When making your decisions, you want to ensure you are selecting widely-adopted, award winning tools with full-scale capabilities. If you’re unsure where to start, remember you can’t go wrong with Eclipse, Gradle, YourKit, JUnit, and VirtualVM.