The day google went down for 5 minutes 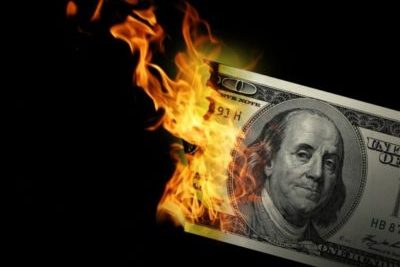 So what are the costs of downtime?

We gathered some researches showing exactly how expensive are downtimes for software and internet companies, these amazing numbers show how dependent our economy on the stability of software systems

3.So how often do downtimes occur ? well, very often, here is a cool map showing all the downtimes in the world from the last 24 hours

And the map itself:
https://www.pingdom.com/livemap/

4.A very comprehensive 2010 research by Emerson Network Power includes some amazing facts:
4.1– The average cost of a downtime event is – 500K$
4.2– Partial downtimes (that APMs many time fail to identify) cost an avarage of 258K$
4.3– Out of these huge amounts, only a tiny bit is related to hardware costs -9000$ in average Downtime costs have increased dramatically between 2010-2013, and will continue to increase in the future: A super cool calculator I found, consist on wide statistics, and shows the annual cost of downtime according to industry and uptime statistics:

And one of the most fascinating things is that more than 50% of a downtime is the time it takes to notice it!
The rest of course is the resolution time.