How Hevo Uses Coralogix to Ensure Reliability for Their Customers

Hevo is an end-to-end data pipeline platform that enables you to easily pull data from all your sources to the warehouse, run transformations for analytics, and deliver operational intelligence to business tools.

The DevOps team at Hevo is focused on enabling their Developer and QA teams to deliver their applications more reliably. The way the application is built, geographical considerations play a big part. They are deploying their applications in AWS regions around the world, with no data from any one region passing to any other region.

They deploy their application across these multiple regions, and any changes to the application needs to be replicated accordingly. They use Ansible playbooks to streamline this process, but of course, it is crucial for them to closely monitor the performance and how reliably the application is being delivered to each region.

In the beginning, the team at Hevo was manually managing their log files, but when their application and user base started to grow they needed a more robust solution. Wanting to keep their operational overhead low, they chose to work with an ELK stack managed by AWS.

Still, the solution was not as reliable as they had hoped. There were times that the Kibana visualizations were not available, clusters would need to be restarted, and old log data would need to be removed from indexes to avoid data loss. All of these issues translated into additional work for the DevOps team.

Especially as the company continued to scale, they decided that they needed to find a logging solution that would remove the need for them to invest so much time in supporting the monitoring infrastructure and allow them to focus on more innovative projects.

When evaluating alternatives, the team was looking for a platform that would give them the same value and flexibility that they had with the ELK stack but without the operational overhead and lack of reliability. Ultimately, the team chose Coralogix for its ease of use, powerful UI with the ability to customize, and Live Tail for real-time visibility.

“We love the fact that Coralogix can integrate with our existing Kibana setup which the developers are already familiar with. It made the adoption process very smooth.”
Sarad Mohanan, Software Engineer, Hevo

We needed central logging that is reliable and simple to use to save time and effort while debugging. Coralogix really did great in solving our fundamental problem. Today, Coralogix has become one of our vital troubleshooting tools. 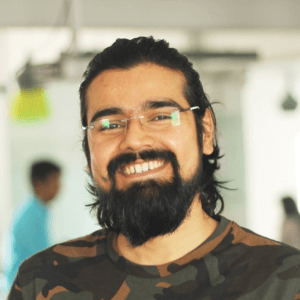 Migration and Adoption of Coralogix at Hevo

To help improve performance in their ELK stack, the team implemented FluentBit as an alternative to Logstash. When they began the migration, they already had FluentBit installed on all of their machines and all they had to do to start shipping their logs to Coralogix was update the configuration file to include their private key and host URL from their Coralogix account.

On the same day that they began the adoption, they already had full access to their log data and were able to easily query and visualize it in familiar Kibana dashboards. They then scheduled implementation sessions with Coralogix’s Customer Success team to dive into the endless possibilities of what they can do with their data on the platform.

During their implementation sessions, the development team got set up with Coralogix’s Version Tagging feature that integrates with their CI/CD pipeline to generate automated Release Benchmarks showing the change in error volumes, top new errors, and a general overview of the release’s performance.

The Coralogix interface is so easy to use and not just for developers. Our support staff at Hevo can also log into the dashboard to look into customer issues. 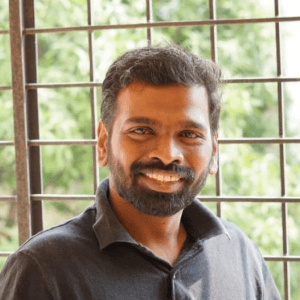 Reliability and Ease of Use Benefit the Entire Organization

With their previous logging infrastructure, DevOps engineers at Hevo didn’t didn’t always have visibility into potential issues. Often, they would often start to investigate only after there were error volume spikes that ultimately led to data loss. Because the team was managing the solution alone and aren’t ElasticSearch experts, it could take up to 2 to 3 days to get all of the information needed and find a resolution to the issue.

The reliability and stability of the Coralogix platform means that the DevOps team doesn’t have to spend all of this time troubleshooting. Not only that, all of their users have direct access to Coralogix’s customer success engineers via in-app chat to get support and ask questions. This also frees up the team’s time and ensures that they get the most out of their data.

Coralogix’s ease of use also means that more than just developers are using the platform at Hevo. The support staff is also able to log in to the dashboard to investigate customer complaints and open issues.

“The Coralogix interface is so easy to use and not just for developers. Our support staff at Hevo can also log into the dashboard to look into customer issues.”
Sarad Mohanan – Software Engineer, Hevo

When a user faces an error, a ticket ID is generated and attached to logs stored in Coralogix. All the support staff needs to do then, is go to the platform and query that ticket ID to see the whole set of related logs. Implementing a solution like this in-house would have cost a significant amount of engineering hours, and likely would not have been adopted on a wider scale. With Coralogix, they are able to provide valuable insights without investing in additional resources.

Time and Resources Saved with Coralogix

Moving from their in-house ELK stack to Coralogix saved the team countless man hours by both reducing overhead of their monitoring infrastructure and improving the insights being extracted from their logs.

The DevOps team at Hevo used to spend 2 to 3 days researching issues and looking for solutions to improve the reliability of their monitoring stack. Plus, as the company grew, the team was frequently dealing with data loss and scaling challenges. Now, they have almost no overhead to manage their log data and always have support available to them via Coralogix’s 24/7 in-app chat. All of this time saved can now be dedicated to projects that will continue to propel the company forward.

“We needed central logging that is reliable and simple to use to save time and effort while debugging. Coralogix really did great in solving our fundamental problem. Today, Coralogix has become one of our vital troubleshooting tools.”
– Snehansu Bhusan, Engineering Manager @ Hevo

Integration with existing dashboards streamlined developer adoption and automated CI/CD release benchmarking improved visibility into the performance of their environments. Together, there was essentially no time lost during the adoption period and the time it takes now to identify problems is significantly reduced with proactive anomaly detection and ‘more than usual’ alerting for detecting unknown unknowns.