The Top Elasticsearch Problems You Need to Know 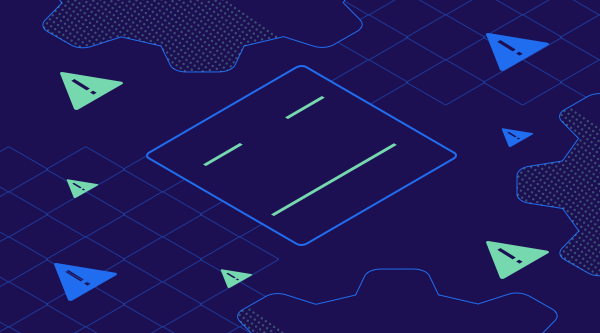 The ELK stack is an industry-recognized solution for centralizing logging, analyzing logs, and monitoring your system use and output. However, the challenges of maintaining your own stack overcoming common Elasticsearch problems need to be considered.

The popularity of the ELK Stack can be boiled down to two, key tenets. First, the management and analysis of logs is an incessant issue for developers, SMBs, and enterprises alike. With the addition of ever more distributed environments into modern IT infrastructure, businesses and developers turn to ELK to make sense of the chaos.

Second, by using open source technology like ELK, organizations don’t need to worry about new technologists not being familiar with a niche tool or software. This makes onboarding and upskilling that much easier – there’s a level of presumed knowledge for developers to hold on various open source technologies. On top of that, the open-source community offers so much guidance, it’s a bit like having a dedicated support team just for your monitoring. ELK’s data visualization gives developers and organizations the ability to succinctly analyze outputs, empowering real infrastructure change. Since the addition of Beats into the Elastic Stack a couple of years ago, ELK’s ability to collect data outputs has been further amplified making it the ubiquitous tool that it is today.

As an ELK stack is made up of four, powerful constituent parts constantly under development and improvement, upgrades are one of the biggest issues you have to consider if choosing to deploy on your own. Upgrading Elasticsearch can be a torturous and slow process – you must upgrade the cluster one node at a time, whilst being particularly mindful of data replication to mitigate against data loss. If, as is often the case, a major version upgrade is needed, then the whole cluster has to be restarted, which brings with it risks of downtime and data loss. Organizations that choose not to outsource the management of their ELK stack deployments often end up with huge, out-of-date instances that become buggy and vulnerable.

On top of that, any upgrades to Kibana often come hand-in-hand with the loss of connectivity, and sometimes the functionality of visualizations needs to be started from scratch. Lastly, because of the interconnectivity of Elastic Stack, upgrades of the constituent tools need to be consistent across the board. For example, the most recent upgrade to Elasticsearch renders indices created by Beats versions 6.6 and earlier incompatible with Kibana, until each relevant index has a fix applied. All these Elasticsearch problems cause major headaches at any organization, which is why outsourcing the management of an ELK stack deployment is an obvious solution.

Security should be at the forefront of anyone’s mind, business, and developer alike when deploying a tool or technology – ELK stack is no exception. The logs processed by Elastic Stack are often of a sensitive or business-critical nature and is why businesses are keen to outsource the managing of their ELK stacks. Not managing the security patching around nodes effectively will have dire consequences for your business internally, and with the potential for long-lasting reputational damage. Vulnerabilities in your application code leading to consumer data being included in logs, as happened with Twitter in 2018, Vision Direct in 2018, and Capital One in 2019. Whilst this may be a rare and unfortunate occurrence that can be mitigated by having an ELK stack expert managing the encryption of your logs going into ELK.

There have also been some major security vulnerabilities with Elasticsearch in the past (which have since been resolved). As an example, at the time of writing this post, there were 41 outstanding vulnerabilities with Elasticsearch (again, these have since been patched). This alone is a huge consideration, particularly with ELK’s frequent use in SIEM and compliance. If you want the additional assurances of features such as SAML 2.0 SSO, encrypting data at rest, rotated SSL certificates (to name but a few) external expertise from a managed service can offer untold assurances.

Optimizing your ELK stack for your environment is a surefire way of getting the most out of it, particularly in regard to the time and money you will have most likely already invested. You also have to consider the fine-tuning of the underlying infrastructure that it sits on. The need for ELK stack performance optimization only increases as your infrastructure grows, log volume grows, reducing the effectiveness of your Elasticsearch clusters. The heavy lifting associated with this tuning is not lacking: assigning the optimal memory resource for Elasticsearch, removing unused indices, expertly tuning shard size and shard recovery for failover are just some of the considerations that should be top of mind.

Naturally, the payoffs of running a fully optimized ELK stack are equally as numerous as the tasks that go into ensuring its success. A heterogeneous tool, ELK requires frequent attention and adjustments to run at its best, which presents a conundrum for its users. If you ELK stack runs in support of your product or services, instead of being product-critical or contributory, is the time needed to optimize its performance the best use of your developers’ valuable hours?

Today, ELK stands head and shoulders above its competitors. However, as with any tool, success is not guaranteed. Where Beats and Logstash carry out the aggregation and processing of data, Elasticsearch indexes data and Kibana is the user-facing layer for querying and visualization, a successful ELK cluster is only as strong as its constituent parts. With a four-part tool that requires frequent updates, performance tuning and has significant security considerations, you should be certain as to whether you have the time, resources, and knowledge to maintain your own ELK to have it firing on all cylinders.

A fully optimized, secure, and up-to-date ELK stack is a fantastic tool to have in your overall infrastructure – the benefits of which have been extolled throughout this post. Getting to that stage is no mean feat, nor is the ongoing task of ensuring that your ELK and its underlying infrastructure remain at peak performance. Conversely, your resources and time may be best directed at product development, scaling your services, or improving your offering in other departments. If so, then having a third party solution like Coralogix manage your ELK stack may just be the way to have your cake and eat it too.

Previous Application Logs: 8 Goals and Best Practices to Aim For Next How to optimize your logging costs