Prometheus Federation with Thanos: How does Thanos Work? 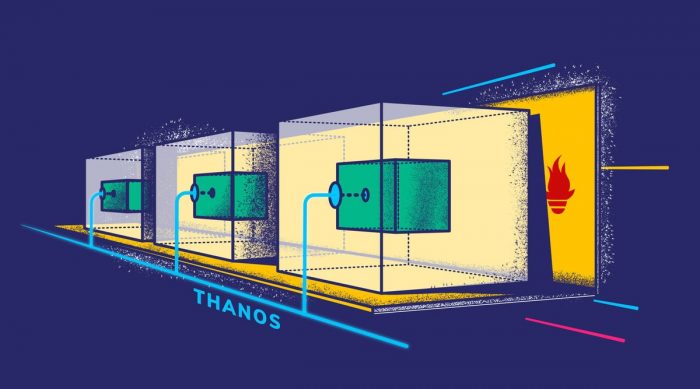 Prometheus is the cornerstone of many monitoring solutions, and sooner or later, prometheus federation will appear on your radar. A well monitored application with flexible logging frameworks can pay enormous dividends over a long period of sustained growth. However, once you begin to scale your prometheus stack, it becomes difficult to keep up with your application’s demands.

Prometheus is an extremely popular choice when it comes down to collecting and querying real-time metrics. Its simplicity, easy integrability and powerful visualisations are some of the main reasons the community backed project is a hit. Prometheus is perfect for small/medium application sizes, but what about when it comes to scaling?

So how do you implement Prometheus Federation?

Thanos, simply put, is a “highly available Prometheus setup with long-term storage capabilities”. The word “Thanos” comes from the Greek “Athanasios”, meaning immortal in English. True to its name, Thanos features object storage for an unlimited time, and is heavily compatible with Prometheus and other tools that support it such as grafana.

Let’s say we were running multiple prometheus instances, and wanted to use Thanos to our advantage. We will take a look at the relationship between these two components and then delve into more technical details: 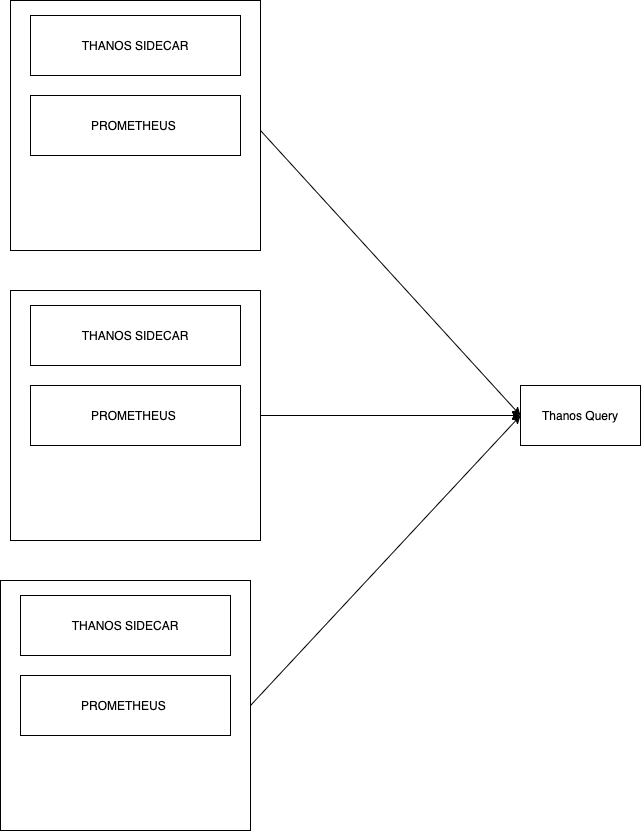 Thanos also features Time Based Partitioning which allows you to set flags that query metrics from certain timeframes within the Store Gateway. For example:  –min-time=-6w would be used as a flag to filter data older than 6 weeks.

The basic Thanos setup seen above in the diagram also contains the Thanos Query component, which is responsible for aggregating and deduplicating metrics like briefly mentioned earlier. Similar to storage, Thanos Query also employs the use of an API – namely the Prometheus HTTP API. This allows querying data within a Thanos cluster via PromQL. It intertwines with the previously mentioned StoreAPI by querying underlying objects and returning the result. The Thanos querier is “fully stateless and horizontally scalable”, as per its developers. 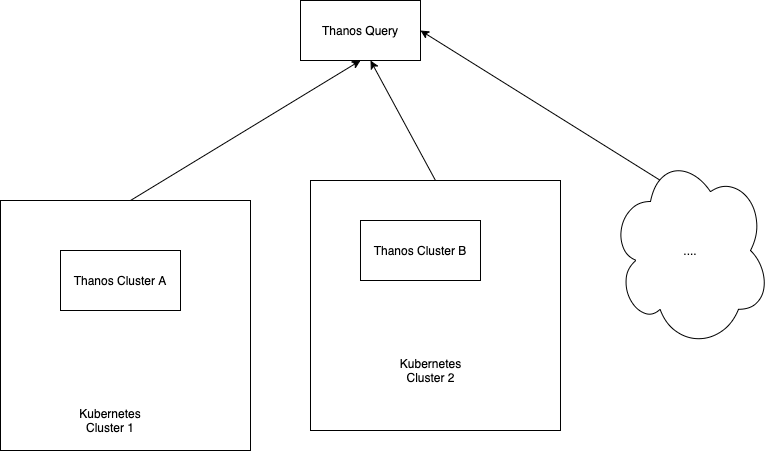 It doesn’t matter if your project spans over multiple Prometheus instances or over separate Kubernetes clusters. Duplication of metrics and response time are dealt with accordingly. The “head” Thanos Query node takes care of this for us by running high performance deduplication algorithms. This makes prometheus federation trivial.

Uses of Thanos for Prometheus Federation 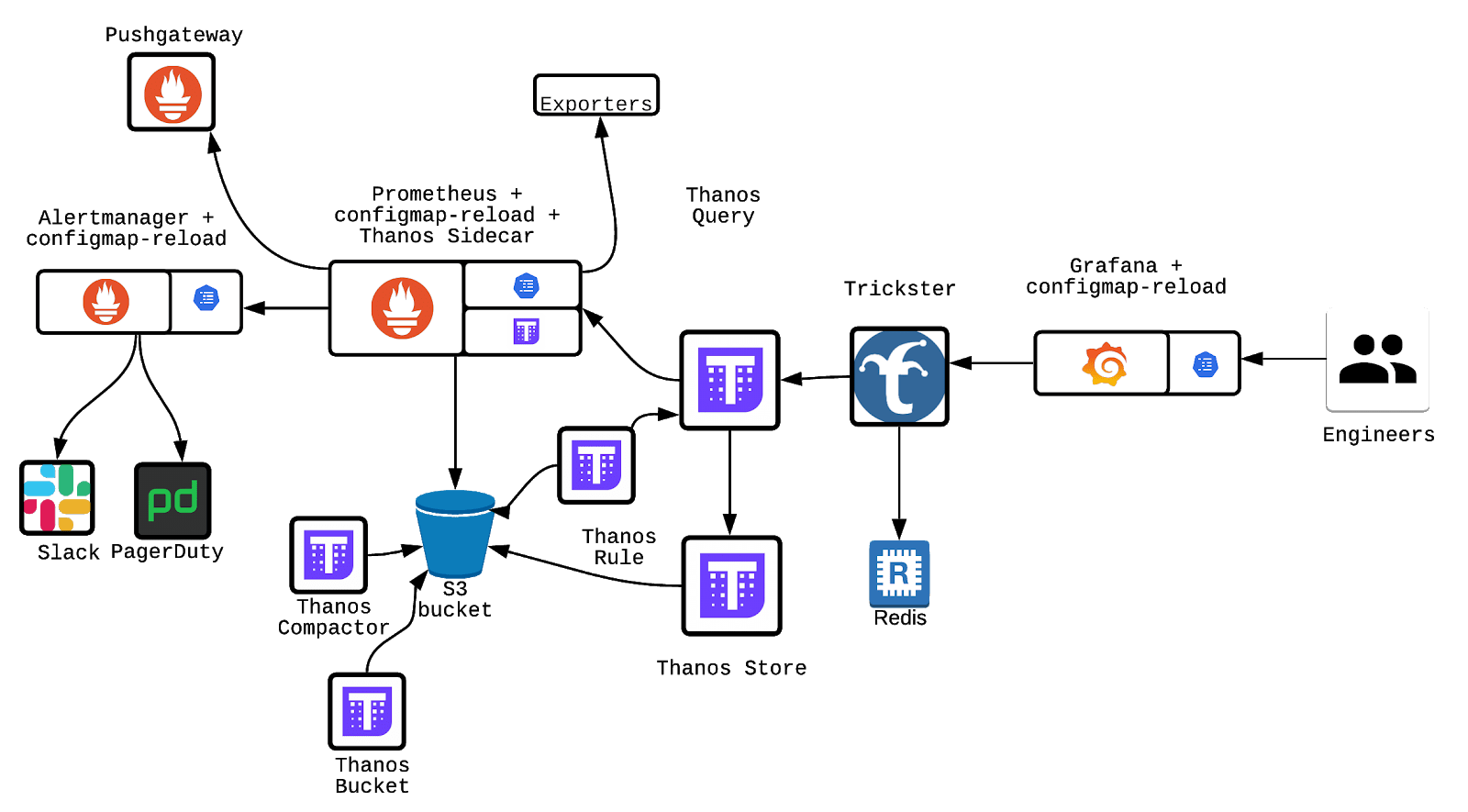 The diagram above shows that the Thanos Store, Thanos Query and Thanos Bucket are being used as critical parts of the monitoring data flow. As explained previously, objects are constantly being synced and uploaded onto an S3 bucket, which is tremendously advantageous in comparison to disk operations seen in a normal Prometheus setup.

Within their post under the “Thanos” section, GiffGaff claims “As long as at least one server is running at a given time, there shouldn’t be data loss.”  This hints at some form of multi-cluster load balancing at the very least. They also further state ”that [Thanos] allowed us [GiffGaff] to retain data for very long periods in a cost-efficient way”.

Thanos Store is used extremely effectively, as GiffGaff allocates time periods for each Thanos Store cluster to be used for storage. This effectively rotates the cluster use, keeping availability and reliability very high. The example given, by GiffGaff themselves is:

It should be imperatively clear by now what Thanos is, how it interacts with Prometheus and the type of advantages it can give us. We also ran through some real life examples which should give some insight into how Thanos is actually used to significantly improve operational circumstances when it comes to monitoring your application.

It should also be clear how the use of Thanos Sidecar and Storage are inherently advantageous when it comes to prometheus federation, in relation to a typical Prometheus setup.

Lastly, downsampling through the use of the Thanos Compactor seems like a performance no brainer, especially when dealing with large datasets.

Hopefully you understand prometheus federation and what it has to offer to make your life easier.